US President Donald Trump looks to have China on the agenda for his forthcoming visit to London. The top priority for Washington – already raised by Secretary of State Mike Pompeo on his visit in May – is to persuade the British government not to allow Chinese company Huawei to be part of the construction of the United Kingdom’s 5G network.

This is a complex technical issue for the UK government to consider. The issue is not just 5G, though. Pressure from the United States comes as part of an emerging China policy of intense strategic rivalry on the part of Washington.

But London would do well not to follow Washington’s course on China.

A divergence between the China policies of the two traditional transatlantic allies is not new. From the 1950s, London sought to balance support for the broad Cold War goals of its American ally with its own relations with China, in particular maintaining the stability and prosperity of its colony, Hong Kong.

More recently, in 2015, the British government decided to ignore US lobbying and join the nascent Asian Infrastructure Investment Bank (AIIB). This turned out to be a sound move – the AIIB hasn’t challenged global norms as some claimed it would, but opened up new channels to fund infrastructure in developing economies.

In the corporate sphere, the UK has taken a proactive approach to dealing with global Chinese companies, building up a good track record of working with them in the UK and in other markets. US unease about the growing corporate clout of a handful of Chinese players is not a reason to backpedal.

In other areas, London has actually moved closer to Washington over recent years. Most notable is the South China Sea, where statements by government ministers and MPs have signaled support for British naval deployments to that part of the world. Whether this can be maintained as part of a strategic and sustainable defense policy remains to be seen, but this is a shift toward Washington on China.

Behind these particular issues lie some fundamental differences in British and American foreign policy instincts and approaches. Since the Iraq invasion of 2003, British positions on global issues have tended to be closer to European than American positions – climate change and Iran are the two most prominent current examples.

On China, British assessments and interests simply differ from those of the United States. The received wisdom in Washington is that Beijing is the United States’ major long-term adversary. In reality, it is far from clear that this is, or should be, the case: China may have closed the gap with the United States in aggregate economic size, but in per capita terms it is well behind, and the overall military balance remains clearly in the favor of the United States and its allies.

However we assess the power balance, China is not a current or long-term adversary for the UK. Britain does not challenge China’s rise, nor are there any territorial disputes or fundamental disagreements about global issues.

The other big complaint from Washington is about Chinese 'revisionism'. A more accurate description of Chinese policy would be to say that Beijing looks to reform elements of global governance, nothing that fundamentally opposes British interests. And rather than Chinese revisionism, it is the United States which has a long-held habit – from Bush to Trump (Obama was something of an exception) – of either not joining or tearing up multilateral agreements it does not like.

A third problem the United States has with China is the nature of its political system and the state’s role in the economy. Here, transatlantic views are more closely aligned. But much of the analysis coming out of Washington – whether from government or think tanks – misses so much of what is going on in China.

Four decades of Chinese engagement with globalization and its integration into the global economy have created an increasingly diverse and cosmopolitan society. Consumerism and (yes) capitalism have reshaped Chinese society to the point that China worships Karl Lagerfeld more than Karl Marx. Chinese citizens made 150 million journeys overseas in 2018. Its academics may only rarely speak publicly against the regime, but they debate and discuss the future of their country.

The UK’s interests in relations with China lie somewhere very different from those of Washington. The real challenges we face are still those which were more prominent on the agenda five years or so ago: climate change, economic inequality, the environment, and so on. These are areas where the UK should be intensifying its engagement with China, not following the United States into a bifurcated world. 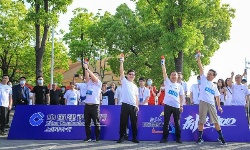 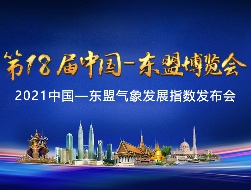