A standard refrain of the left is ‘big business is bad’. It pops up in many guises, and the latest is in a claim that corporate tax cuts will disproportionately benefit Australia’s largest companies. We are told the largest 15 Australian businesses will supposedly receive one third of the ‘benefit’ of a tax cut, and these top companies are unlikely to increase investment in response, particularly because these businesses are oligopolies with significant market power.

But yet again these claims don’t stand up to scrutiny. A better analysis provides significant support for the tax cut.

First, the report tells us big businesses aren’t investing. On this the report is right: overall business investment levels are plummeting, and this isn’t just because of the end of the mining boom — non-mining investment is flatlining at historically low levels.

However, this goes against the report’s conclusion, and strongly supports the case for the tax cut. Australia’s investment performance is declining relative to other rich countries, so this is likely due to a worsening in our relative competitiveness. And a prime determinant of our uncompetitiveness is our tax on investment through company tax. We once had a company tax rate around average for OECD countries, now it is well above average.

Second, contrary to the report, various studies show corporate taxes are actually more harmful, not less harmful, when businesses have more market power, and the adverse effect of the tax on wages is larger. So if Australia is dominated by oligopolies — a debatable point, but let’s concede it for the moment — this makes corporate tax cuts more urgent, not less.

Third, the supposed benefit to big business is transient and small. The report argues that the top 15 companies will capture a ‘benefit’ of $6.7 billion in 2026–27, but this is wrong. The report fails to account for the Australian imputation system which fully offsets company taxes on dividends (distributed profits). In simple terms, imputation means dividends are subject to tax at a shareholder’s personal tax rate and the company tax rate is irrelevant. Assuming big businesses continue their current dividend payout ratio of 67%, this slashes the supposed ‘benefit’ to the top 15 businesses to $2.2 billion.

And the report’s author can’t get away with ignoring imputation: the same author previously argued that analysis of company tax should incorporate imputation.

In any case, this supposed benefit is ephemeral: the tax cut is phased in so that many business assets bought at the current higher tax rate will be mostly depreciated by the time the lower tax rate is in place in 2026–27.

Finally, the increasing reliance of tax revenue on a small number of large businesses is actually exposing the government to increasing risks. For example, BHP’s tax payments plummeted by $2.2 billion over one year (2013–14 to 2014–15) with the end of the mining boom. Australia is also more exposed to the possible risk of big businesses moving offshore, something that has been happening in the US.

So if we accept (for the moment) that Australia is dominated by big business, then the case for company tax cuts is strengthened not weakened. It’s yet another failure in the left’s arguments against big business. 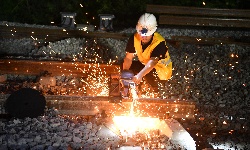